HOOQ – the largest Video-on-Demand service in Southeast Asia – is embarking on Season 2 of the HOOQ Filmmakers Guild search for five scripts to be produced into pilot episodes.

With the success of the pilot season, HOOQ Filmmakers Guild once again gives filmmakers and film students a chance to turn their most imaginative TV series ideas into reality. Preliminary judging will be done by an esteemed and star-studded panel consisting of the top film talents around Asia who will select 5 scripts to be turned into pilots. Together with HOOQ subscribers’ viewership, the grand winner will be chosen from these pilots and then produced into a full-blown series.

Sheila Paul, HOOQ Philippines Country Manager said, “The second season is inspired by the success of Season 1. We hope that HOOQ’s continued support for filmmakers in the region via HOOQ Filmmakers Guild encourages more Filipino screenplay writers and storytellers to submit their scripts.”

Jeffrey Remigio, Content and Programming Head at HOOQ Philippines, pointed out, “There are so many talented Asian filmmakers but it’s about time a Filipino makes it to the finals and take the prize.”

Isidro said, ”We are very excited to see the depth of talent from the region’s filmmakers. I have always believed that all they ever needed was a good break and this is it.” Lana added, “These are truly exciting times for Asian filmmakers and I am very proud to be part of it.”

Along with the judges from the rest of the region, Isidro and Lana will select five of the best scripts as finalists.

The chosen scripts from the participating countries; Singapore, Thailand, Indonesia, India, Philippines, Vietnam, Malaysia and Cambodia will be given USD$30,000 each to produce a pilot episode which will premiere on HOOQ. Regional judges will name the Best Pilot and soon be converted into a full series exclusively on HOOQ in 2019.

HOOQ Filmmakers Guild 2018 started mid May and will be open for entries until 31 July 2018. Applicants must be working as professionals in the film industry with prior film production experience. They are to submit the script and treatment for a series with a maximum of 13 episodes for a single season to qualify. There will be no restriction to genre, however submissions and productions must be in the language of the applicant’s country. For more information, please visit website https://campaign.hooq.tv/filmmakersguild2018-ph/

How to get HOOQ
It’s easy to get HOOQ’d. Customers can simply download the HOOQ app from Apple Store or Google Play, sign up or log in, to access HOOQ’s extensive library of Hollywood and Asian hits. Smart users can enjoy a 30-day free trial. Globe mobile users can enjoy a 45-day free trial. Globe customers can get to try HOOQ for up to 60 days on selected mobile and broadband plans. Find out more and sign up today for a complimentary trial at www.hooq.tv.

For Event Invitation, Product/Service Review and Advertisement, email me at dhenzuki@yahoo.com 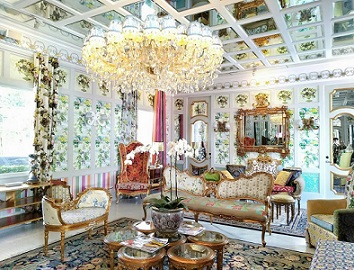 Be Part Of Pinoy Manila!

Want to be part of Pinoy Manila Family? Do you want to attend to the amazing events in the Metro! Be a CORRESPONDENT and CONTRIBUTOR! Send your email to dhenzuki@yahoo.com

Marco Dennis is a lifestyle and travel blogger. He loves to travel, play badminton and volleyball and hanging out with friends. Follow his adventures at www.thepinoytraveler.com. For events, collaboration and advertisement, email him at dhenzuki@yahoo.com / pinoymanilablog@gmail.com