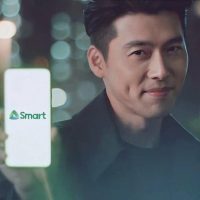 For those who don’t know yet who is Hyun Bin, he is a famous Korean actor. He first gained wide recognition for his role in the 2005 romantic comedy television drama My Name is Kim Sam-soon. Other shows he stars with include Secret Garden, Hyde Jekyll, Me, Memories of the Alhambra and the latest Netflix TV series, Crash Landing on You.